Would you like to switch to the accessible version of this site?

Don't need the accessible version of this site?

A Healthy Pet is a Happy Pet!

As the practice grew from the original staff of 3, there was a need for a dedicated office manager and as the practice continued to grow, she was promoted to Practice Manager. When Dr. Gaines’ vision of an east end practice became a reality in 2001, she was assigned her current position at Anchorage.

When she’s not busy juggling the management of 2 animal hospitals, she enjoys traveling, needle crafts, gardening and University of Tennessee football. She is also a huge technology nerd. She shares her home with a Jack Russell Terrier, “Wilson” and a sassy cat "Bacon" and “Sky” a Spotted Saddle Horse.

Lori - Lori has worked as a receptionist at Breckenridge Animal Hospital since 1995. She joined the AAH team in February 2020.

Lori and her husband Steve share their home with Bella a Sheltie. She is an active member of Southeast Christian Church and works there on the weekends. In her spare time she volunteers with Mini’s from Heaven, a non-profit organization using miniature horses visiting seniors in nursing homes. She also enjoys cross-stitching and reading.

Camille - Camille has been a receptionist at AAH since 2015.

Camille is always on the go. She enjoys spending time with her family and on the sidelines at her grandkids' sports, as well as being active in agility and dog sports with her papillons Victor and Weezie.

Jean - Jean has been a receptionist at Anchorage Animal Hospital since March 2006. Although she has worked in veterinary hospitals since 1980 and has “retired”, she continues working and doing what she obviously enjoys.

She is a retired AKC judge and enjoys cooking and spending time with her family and going to her grandkids soccer games, when possible. She also enjoys going to antique malls with her husband. She and her husband share their home with one little dog named Toto.

Leslie  - Leslie joined the AAH staff in July of 2021. Leslie has been working as veterinary technician since 2015. She has worked for us previously at our Breckenridge Animal Hospital, first as a receptionist and then rejoining us as a technician in 2019.

Leslie is the "very proud" mom of 1 human boy and also a pitbull named Skip. She's a dog person! If she's not at work she enjoys doing home improvements and riding their motorcycle with her husband Dave.

Nonna - Nonna joined the AAH team as a technician in July 2021. She attended Murray State University, and has been working in the veterinary field since 2015. She is also currently serving in the Army Reserve.

Nonna has a dog named Bo, and in her spare time she enjoys hiking, camping, snowboarding and horseback riding. 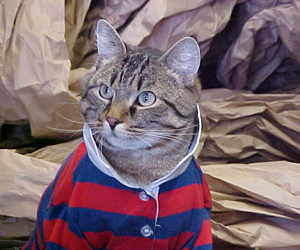 Pickle - Pickle, our office mascot/CEO, joined our team in 2005. At the time he was almost 2 years old, unsure of his surroundings, a little scared and definitely not afraid to show it. After months of love, kisses, belly rubs and cat nip he became much more comfortable and hasn't looked back. As a vital member of our team Pickle oversees the daily activities and isn't afraid to voice his opinion with a hearty meow. In his spare time Pickle enjoys playing with his toys, rolling around in cat nip, stalking birds through the window and eating. He is currently single and has no plans to start a family (he's neutered), but he enjoys being a surrogate father to cats and kittens up for adoption in the clinic.